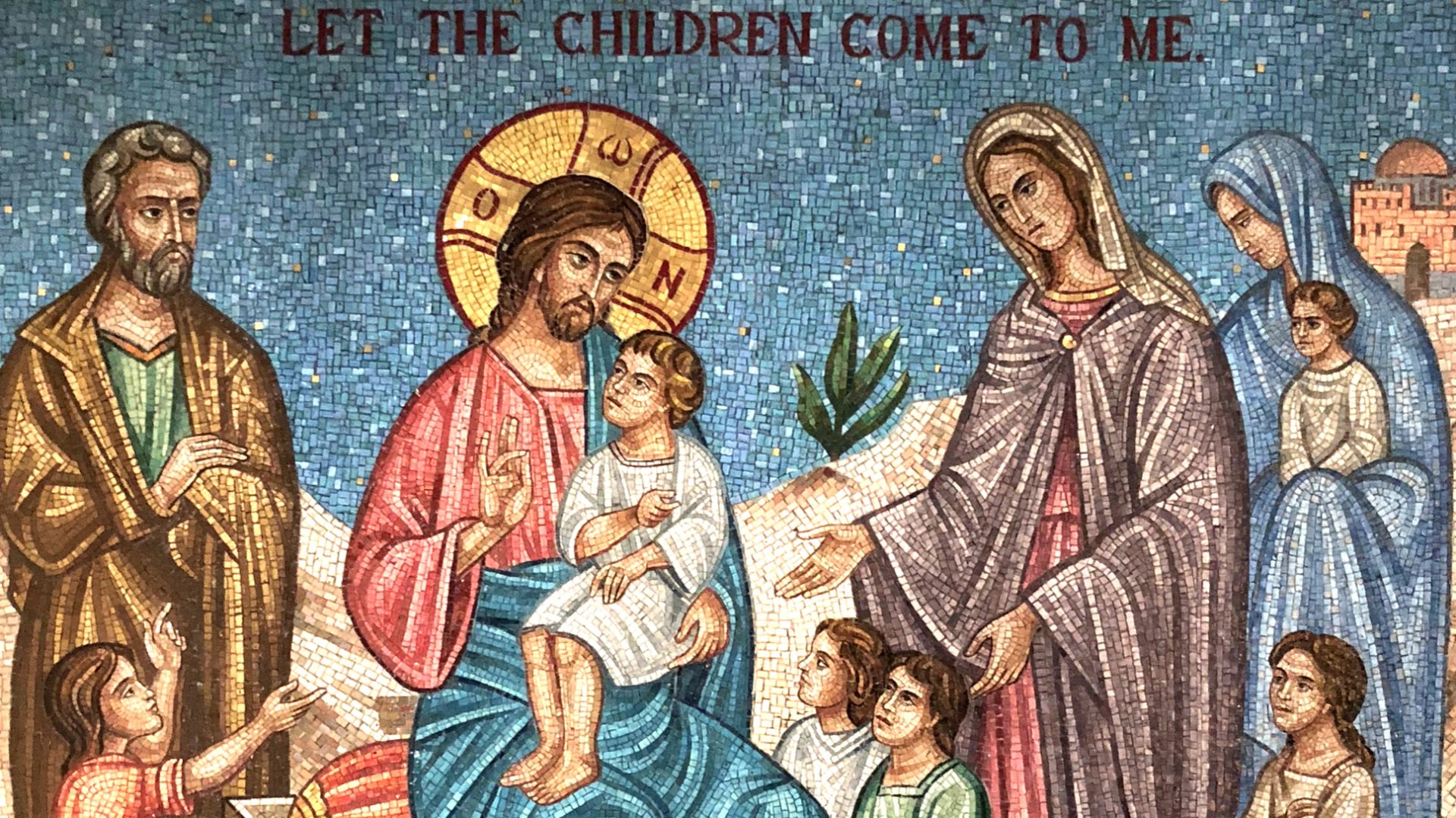 The Monastery is pleased to announce the re-commencement of our Orthodox Parents Group. Since the pandemic broke out and the first lockdown, the group had paused its meetings, but now with God’s help and the blessing of the Abbot Fr Prodromos, the group is re-starting, with new fresh material for informal discussions on raising our children within Orthodoxy in a troubled world, where we may live in the world but are not of the world. The group meets on alternate Thursdays 10am to 12pm, and often has guest speakers who give us insight and ideas on Orthodox parenting, especially of young children. Many Saints, including St Porphyrios and St Paisios have repeatedly emphasised the importance of the first few years of life in shaping the character of the child – and the influence of the mother, the father, the grandparents as well as any other primary caregivers is paramount.

With God’s Grace, the Orthodox Parents Group met today at the Monastery. The discussion was centred on how we can put our faith into practice through good works.

Mark 1:16-18 And as He walked by the Sea of Galilee, He saw Simon and Andrew his brother casting a net into the sea; for they were fishermen. Then Jesus said to them, “Follow Me, and I will make you become fishers of men.” They immediately left their nets and followed Him.

Christ saw Simon and Andrew and called onto them. This is the call, the invitation each of us will receive at some point in our lives. Some early, some later in life. It is up to us whether we want to accept the call or resist it. Simon and James immediately accepted the call, left their nets and followed Jesus. They believed in Him, their faith was lit up, and they then put their faith in works. Good works.

“For as the body without the spirit is dead, so faith without works is dead also.” “Even the demons believe, and tremble!” Faith by itself is not enough. As the Gospel says, “faith works together with our works, and by works faith is made perfect”.

How can we in today’s world put our faith into works? Do we leave everything behind to follow Jesus? If we don’t have attachments or responsibilities, we can. Like for example those who become monks or missionaries. If we have responsibilities, like a family, a wife or husband, children, we can still do works without leaving them. And this can still sanctify us. St Anthony’s life gives us a beautiful example of this. St Anthony was a desert father. Once, a thought approached him ‘I’m the holiest man of this land’. He could justify it as he had given up everything and was focused on prayer and ascetic life. An Angel then appeared and told him ‘I’ll show you who is the holiest man of this land’, and took him outside a man’s house. Soon the man, who was married, with children, came out of the house. St Anthony thought to himself, ‘surely, he can’t be the holiest man; he has a wife and children, a house, possessions etc’. The man then said to his wife to bring all the food out. And all the poor of the village came and he fed them. The Angel then said, ‘he is the holiest man of this land’.

So, there are many ways to put our faith into practice. For a mother or father, the smallest thing that they do within their family, for their children and for each other, with patience, love and endurance, counts. Having an open heart to reach out to people in need is also very important. The Lord said ‘I was hungry and you gave Me food; I was thirsty and you gave Me drink; I was a stranger and you took Me in; I was naked and you clothed Me; I was sick and you visited Me; I was in prison and you came to Me.’ […] ‘Assuredly, I say to you, in as much as you did it to one of the least of these My brethren, you did it to Me.’ (Matthew 25:35-40).